The Event was organized during the year "Greece - Russia 2016", in order to highlight the great historical personality of Nikolai Rajko and the contribution of Russian Philhellenes to the liberation war of Greece. The event was attended by: the representative of the Director of the Scientific and Cultural Centre of Russia, the military attaché of the Russian Embassy and many other guests. The event was organized by the Management of External Economic and International Relations of Moscow, the Honorary Consulate of the Russian Federation in Patras, the Institute of Intercultural Relations, the Union "Soyuz", the Office of Archeology of Patras and the Municipality of Patras. 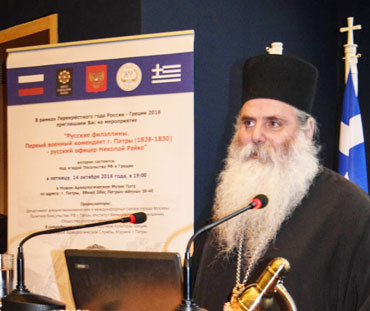